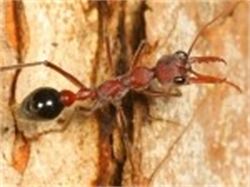 The most common ants in Australia is sugar ants, jumper jack ants and bullants, myrmicinae, ponerinae, odorous ants.
Ants are more of a nuisance pest, although they can also cause health risks and nest can cause subsidence in soil. Ants generally become a problem in houses and other buildings when their nests have become disturbed after rain, or conversely, during dry weather to look for water. Poor household hygiene and pet bowls also draw them indoors. Outside conditions such as sandy areas, paves and garden pots also are favorable conditions for ants. Some do-it-yourself products may provide short term relief, but may in fact, make a problem worse. Ants are easily repelled by some common residual remedies and, without finding the colony, their repeated use can often cause a colony to move or even split into multiple colonies. And simply killing foraging ants will not eliminate the colony since the queen remains in the colony and her sole purpose is to lay more eggs to ensure the survivability of the colony. Pest Management Professionals (PMP’s) have at their access a variety of baits, insect growth regulators, and non-repellant materials, which can be used together in an integrated approach to solving any ant infestation. The best pesticide for ants treatment is termidor. Termidor is not just for termite, it is best treatment for ants. It kills nest and prolong protection time then most of other treatment.We only use termidor for any ants job.
At present, there are just under 1,300 described species of ants in Australia, which equates to approximately 15% of the known species worldwide. It’s great to know we have so many species in this country, but the downside of this is that I have a lot more to find.
Ants live in colonies ranging in number from a few dozen individuals to many thousands. Their nests can be found almost anywhere – in the soil, amongst rocks, in rotting logs, in shrubs or high up in trees. In most cases, colonies contain a winged queen whose sole function is to maintain the population by laying eggs. Males are also present, but again only for breeding purposes. The worker ants are all sterile females and their duties include taking care of the eggs, larvae and pupae, collecting food, and defending and maintaining the nest.
All ants have mandibulate mouthparts for grasping and dissecting food. Many species have stings, which they use very effectively in disabling intended prey or attacking intruders. For humans, these stings can be mildly irritating or extremely painful or sometimes even fatal in particularly sensitive people. A large number of species don’t have stings, but instead spray formic acid to deter predators or kill prey.
Whilst ants are generally predators and scavengers, some have established interesting relationships with other insects, offering protection in exchange for food. On several occasions I have observed ants tending hopper nymphs, scale insects, or aphids, warding off potential predators while receiving the sweet honeydew secreted by these insects. Some species are known to cultivate fungi in their nests for a ready-made food source.Ants are one of nature’s true success stories. They can be found in almost any environment and play an important role in maintaining a healthy ecosystem 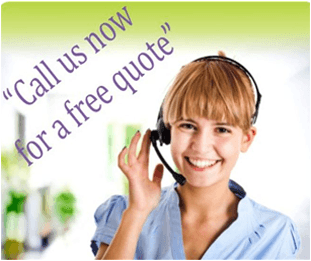